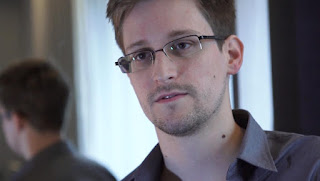 Naomi Wolf: My Creeping Concern That The NSA Leaker Is Not Who He Purports To Be

I’m still waiting for Snowden to release something, anything, that hasn’t been intuitively obvious to me for at least the past 15 years, and confirmed as fact since 2006/7 (Klein/Room641A).

If Snowden is the real deal, why are we having to contend with the corporate media censors to decide which sections of the documents we get to see and which ones we don’t?

Snowden, if you’re out there, what happens to the encrypted emails that come across the wire? Or, how does NSA run man in the middle attacks on SSL sessions? (Don’t hold your breath waiting for answers to these questions.)

Anyway, this spectacle is far from over. I’d suggest keeping your dial set somewhere between outright cynicism and ambivalence going forward.

I hate to do this but I feel obligated to share, as the story unfolds, my creeping concern that the NSA leaker is not who he purports to be, and that the motivations involved in the story may be more complex than they appear to be. This is in no way to detract from the great courage of Glenn Greenwald in reporting the story, and the gutsiness of the Guardian in showcasing this kind of reporting, which is a service to America that US media is not performing at all. It is just to raise some cautions as the story unfolds, and to raise some questions about how it is unfolding, based on my experience with high-level political messaging.

Some of Snowden’s emphases seem to serve an intelligence/police state objective, rather than to challenge them.

a) He is super-organized, for a whistleblower, in terms of what candidates, the White House, the State Dept. et al call ‘message discipline.’ He insisted on publishing a power point in the newspapers that ran his initial revelations. I gather that he arranged for a talented filmmaker to shoot the Greenwald interview. These two steps — which are evidence of great media training, really ‘PR 101? — are virtually never done (to my great distress) by other whistleblowers, or by progressive activists involved in breaking news, or by real courageous people who are under stress and getting the word out. They are always done, though, by high-level political surrogates.

b) In the Greenwald video interview, I was concerned about the way Snowden conveys his message. He is not struggling for words, or thinking hard, as even bright, articulate whistleblowers under stress will do. Rather he appears to be transmitting whole paragraphs smoothly, without stumbling. To me this reads as someone who has learned his talking points — again the way that political campaigns train surrogates to transmit talking points.

c) He keeps saying things like, “If you are a journalist and they think you are the transmission point of this info, they will certainly kill you.” Or: “I fully expect to be prosecuted under the Espionage Act.” He also keeps stressing what he will lose: his $200,000 salary, his girlfriend, his house in Hawaii. These are the kinds of messages that the police state would LIKE journalists to take away; a real whistleblower also does not put out potential legal penalties as options, and almost always by this point has a lawyer by his/her side who would PROHIBIT him/her from saying, ‘come get me under the Espionage Act.” Finally in my experience, real whistleblowers are completely focused on their act of public service and trying to manage the jeopardy to themselves and their loved ones; they don’t tend ever to call attention to their own self-sacrifice. That is why they are heroes, among other reasons. But a police state would like us all to think about everything we would lose by standing up against it.

d) It is actually in the Police State’s interest to let everyone know that everything you write or say everywhere is being surveilled, and that awful things happen to people who challenge this. Which is why I am not surprised that now he is on UK no-fly lists – I assume the end of this story is that we will all have a lesson in terrible things that happen to whistleblowers. That could be because he is a real guy who gets in trouble; but it would be as useful to the police state if he is a fake guy who gets in ‘trouble.’

e) In stories that intelligence services are advancing (I would call the prostitutes-with-the-secret-service such a story), there are great sexy or sex-related mediagenic visuals that keep being dropped in, to keep media focus on the issue. That very pretty pole-dancing Facebooking girlfriend who appeared for, well, no reason in the media coverage…and who keeps leaking commentary, so her picture can be recycled in the press…really, she happens to pole-dance? Dan Ellsberg’s wife was and is very beautiful and doubtless a good dancer but somehow she took a statelier role as his news story unfolded…

f) Snowden is in Hong Kong, which has close ties to the UK, which has done the US’s bidding with other famous leakers such as Assange. So really there are MANY other countries that he would be less likely to be handed over from…

g) Media reports said he had vanished at one point to ‘an undisclosed location’ or ‘a safe house.’ Come on. There is no such thing. Unless you are with the one organization that can still get off the surveillance grid, because that org created it.

h) I was at dinner last night to celebrate the brave and heroic Michael Ratner of the Center for Constitutional Rights. Several of Assange’s also brave and talented legal team were there, and I remembered them from when I had met with Assange. These attorneys are present at every moment when Assange meets the press — when I met with him off the record last Fall in the Ecuadoran embassy, his counsel was present the whole time, listening and stepping in when necessary.

Seeing these diligent attentive free-speech attorneys for another whisleblower reinforced my growing anxiety: WHERE IS SNOWDEN’S LAWYER as the world’s media meet with him? A whistleblower talking to media has his/her counsel advising him/her at all times, if not actually being present at the interview, because anything he/she says can affect the legal danger the whistleblower may be in . It is very, very odd to me that a lawyer has not appeared, to my knowledge, to stand at Snowden’s side and keep him from further jeopardy in interviews.

Again I hate to cast any skepticism on what seems to be a great story of a brave spy coming in from the cold in the service of American freedom. And I would never raise such questions in public if I had not been told by a very senior official in the intelligence world that indeed, there are some news stories that they create and drive — even in America (where propagandizing Americans is now legal). But do consider that in Eastern Germany, for instance, it was the fear of a machine of surveillance that people believed watched them at all times — rather than the machine itself — that drove compliance and passivity. From the standpoint of the police state and its interests — why have a giant Big Brother apparatus spying on us at all times — unless we know about it? 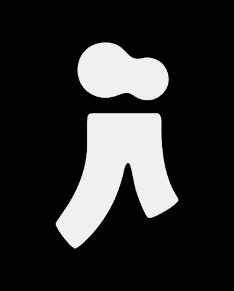